Hoping For A Back-To-Back Win For OG

Tomorrow is the big day of DotA2's The International (TI) 9 at Shanghai, China. OG successfully made it to the finals by eliminating PSG LGD in the Upper Bracket. They await the winner of Team Liquid vs PSG LGD tomorrow for the Grand Finals. I am hoping that it will be a match between OG and Team Liquid – both champions of TI.

I've been a fan of OG since I watched the rivalry of former team mates N0tail and Fly (of Evil Geniuses) and I was amazed at OG's performance last year. They were not directly invited to TI8 but they made it via regional tournament. Then they slay everyone at the lower bracket to finally eliminate PSG LGD at the grand finals. 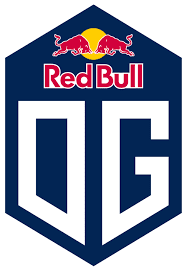 I've been playing DotA2 for several years now, but I only followed The International last year. In fact, I missed the Manila Major when it was staged here in the Philippines. My friends at work got me into watching professional players play the game that we love. It's fun. It's like watching professional basketball or soccer matches.
I even created a Twitter account just to follow professional DotA2 players and teams. Slowly, I get familiar with the teams from South East Asia (SEA) like our very own TNC Predator and Mineski. I also got acquainted with Virtus Pro, Team Secret, Ninja in Pyjamas, Alliance, etc.
The International is the biggest eSports event. Last year, the total pool prize for DotA2 reached $20+ million. This year, the prize pool for TI9 is now at $33 million dollars. That's just 25% of all the total earnings from Battle Pass and other in-game items. Imagine how much Valve is earning just from DotA2 alone.
Tomorrow, I'm hoping that OG will finally be the first team to claim the Aegis of Immortality (the trophy) two times. I hope N0tail, Ceb, JerAx, ana and Topson will have a great time tomorrow and claim the biggest prize in eSports as well as gaining the admiration of Chinese fans (who boo them in their match with PSG LGD).
Good luck OG!

at 6:50:00 AM
Email ThisBlogThis!Share to TwitterShare to FacebookShare to Pinterest