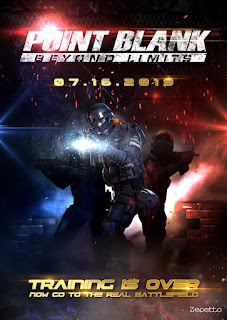 Point Blank is a representative national FPS game that has been in service in the Philippines for nine years. Since its introduction in 2011, Point Blank achieved 100,000 visitors a day. As a continued commitment, Zepetto plans to release the latest version of Point Blank named as ‘Beyond Limits’.
The Zepetto direct service will officially start on the 16th of July 2019. The game information used in the existing Garena service will be available for transfer during the period from the 18th of June to the 29th of September 2019 via Zepetto’s official website. Users and Clan members who applied for account transfer prior to the start of the Zepetto direct service will receive special gifts. More information about the service transfer can be found at https://pointblank.zepetto.com/teaser/index 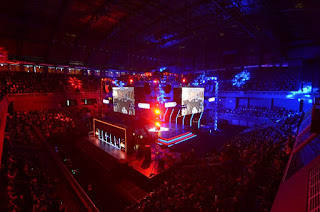 Mr. Jean Kim, CEO of Zepetto, mentioned as "We are proud to say that the Point Blank has been providing service to almost 50 countries, and as a leading online FPS game with a total of 118 million users, we will do our best so that new users, as well as, existing users will be satisfied with Point Blank by opening ‘Point Blank Beyond Limits’ version that contains our game know-how to the Philippines.

‘Point Blank Beyond Limits' is the latest version of Point Blank that contains the most recent UI and new exciting contents which are currently being loved by all serviced regions. (Philippine region CS contact: ask_pbph@zepetto.biz / transfer_pbph@zepetto.biz)

Zepetto Co. (www.zepetto.com)
Established in September 2003, ZEPETTO (Jean Kim, CEO) is a Korean game company that develops and services games on various platforms including online, mobile, and console. Beginning with the PSP game 'Vulcanus', online FPS 'Point Blank' has achieved great success in the world market, and it has been acknowledged simultaneously in the game performance. As of 2019, Zepetto is currently concentrating on the development with Point Blank IP of a mobile game named ‘Outlaw’ and the online Battle Royale ‘Survival Frenzy‘ which will utilize the Point Blank's success story.

BuzzNet Tags: Point Blank Beyond Limits
at 11:16:00 AM
Email ThisBlogThis!Share to TwitterShare to FacebookShare to Pinterest