Ragnarok Online Philippines (ROPH) is set to release the 2-2 Transcendent Classes on September 27, 2018. Transcendent Classes (2-2) includes Paladin, Scholar, Minstrel/Gypsy, Biochemist, Stalker and Champion. These are the next job classes to the 2-2 Jobs Crusader, Sage, Bard/Dancer, Alchemist, Rogue and Monk respectively. 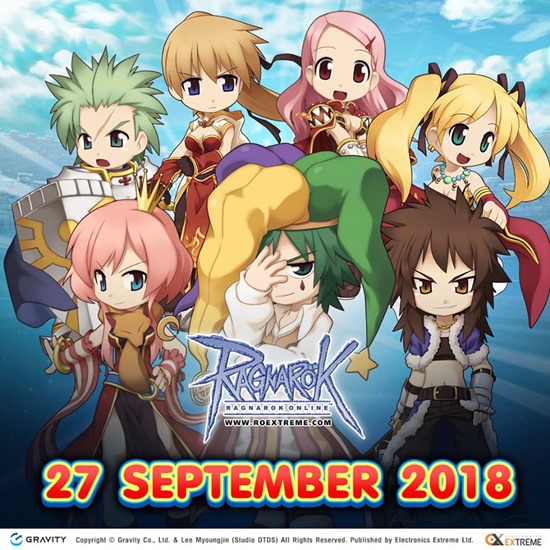 It’s been a over a year since Ragnarok Online was re-published in the Philippines under Thailand-based company Electronics Extreme. During that period, I’ve seen the servers increased and then decreased. Right now there’s only 1 server named Valkyrie and the average online players during weekends is roughly 2,600-3,5000 (bots included).

I actually have a level 82 priest and a level 54 swordie in this server that I seldom play. I’m actually waiting for the release of the Extended Classes – Soul Linkers, Star Gladiators, Ninja and Gunslinger. That would probably take a few more months. I’m keeping an eye on the release date of the Extended Classes. For now, the long wait is over for those Monks, Dancers, Sages and other 2-2 job classes who’s been at level 99 for so long. Their time has come to transcend. 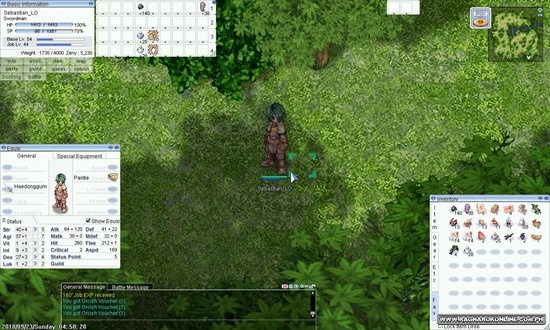 My swordie at level 56 leveling at Orc Village in ROPH.