I have to admit... I got hooked to the story of the DotA 2 professional team OG ever since they won The International (TI) 8. I watched almost all the YouTube videos featuring their story and their success at previous DotA 2 tournaments like the Frankfurt Major. I became a fan of OG's N0tail, ana, Topson, Ceb and JerAx and remains a follower of other teams like the Evil Geniuses, Virtus Pro, etc. Now I'm excited for the upcoming Kuala Lumpur Major for the South East Asia (SEA) server of DotA 2 on November 16-18, 2018.

Too bad I'm not yet a fan of popular professional DotA 2 teams when the Manila Major was held at the Mall of Asia (MOA) Arena a few years back. Last year, when news of a huge DotA 2 tournament to be held at the Philippine Arena, I plan on watching it -- until the controversy with the government's anti-drugs campaign affecting the popular, professional DotA 2 teams' participation. It could have been an eye-opener for Filipinos playing the game that everyone can be a professional eSports player, as long as your heart and dedication is into it. Plus, it pays well, based on the interviews. 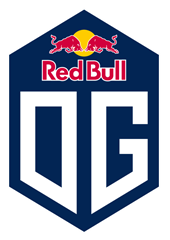 Moving forward, I'll watch The Kuala Lumpur Major as well as other Major tournaments organized by the game developer Valve. There are more DotA 2 tournaments being held all around the world but The International is the biggest when it comes to prize pool. It reached $25 million last TI8 and we're expecting it to be more for TI9 to be held in Shanghai, China in 2019.

I'm not sure if there will be Predictions in-game when Major tournaments are held but I'm hoping there is. By being updated on the previous team's performance in other Majors (Kiev, Boston, Manila, etc) I should have higher changes at success at Predictions. My predictions at the last TI8 was a disaster -- only guessing 1 out of 40. Predictions in the last TI8 includes Most Picked Heroes, Most Banned Heroes, Best Carry Player, Best Support Player, etc. 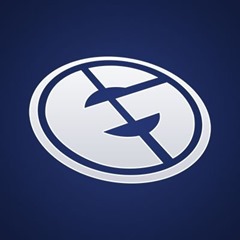 It was only after the TI8 that I fully understand what the different positions are for -- Position 1 being the Hard Carry and the one expecting to amass the most gold for equipment. The higher the number (Position 5), the less gold and equipment required. Position 5 is the "Full" Support -- the one expecting to have less last hits and purchase wards, smoke of deceit, dust of appearance, etc. I should watch more matches featuring the God of Support, JerAx (of OG) since I am playing Ogre Magi most of the time.

For the Kuala Lumpur Major, I'm expecting Grimstroke (the latest hero) to be picked during the matches. It will probably his debut -- and we'll certainly see the effects of his skills. That includes his bind skill -- where one hero binded to another hero, will receive a similar damage. That will be a disaster to two heroes binded by Grimstroke and hit by the ultimates of either Lina, Necrophos, Lion, etc. Another hero, Mars, is scheduled to be released by Winter but it will probably be after the Kuala Lumpur Major. Autumn theme was just recently released (for DotA Plus subscribers) and the Winter theme will probably be released in December or January.

Who's eager to watch the upcoming Kuala Lumpur Major?