Being A Volunteer For The Philippine Heritage Map

Last year, I saw this advertisement asking for volunteers for The Philippine Heritage Map. Since I regularly upload my pictures of buildings to Wikipedia, I decided to be a volunteer. As far as I understand it at that time, we're going to donate our pictures of heritage structures to The Philippine Heritage Map website www.philippineheritagemap.org 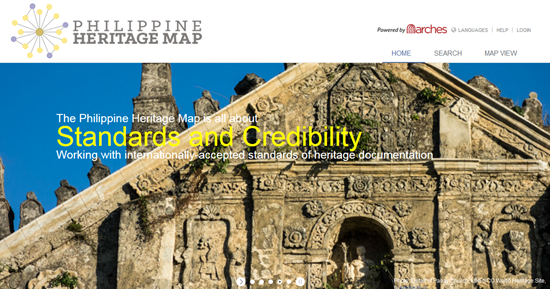 I later found out that it's more than that. Uploading the pictures to the website is easy work. Gathering data about those heritage structures is where the work begins. The Philippine Heritage Map website will ask very detailed information about the picture that you'll be uploading such as the name of the current owner, when was it build, what's the current condition of the structure, and what needs to be done in order to preserve it. It will be very helpful to the visitors of the website if you could provide more information about the structure like architectural features, history of the house and important personalities that is associated with the house/structure.

The road to being a certified volunteer for the Grupo Kalinangan Inc (the entity behind The Philippine Heritage Map) is attending the 2-day workshop. Our workshop last year was held at the Ortigas Foundation Library last year and I'm part of Batch 7. We were around 20 during the 2-day workshop but not everyone made it as certified volunteers. Day 1 is all about using the Philippine Heritage Map website. We don't have a user guide last year, but a few days ago, I got hold of the 312-pages PDF user guide of the site. A laptop is highly recommended during the lecture on how to use the site since it's hands on. You can still use a smartphone (like I did last year) or tablet but it will be slower. Not to mention that the website is not designed totally for such devices.

At the end of Day 1, we are asked where we want to do the mapping. There were already towns identified for mapping and we just need to volunteer for those towns. The choices last year where South of Manila (Laguna and Batangas towns), North of Manila (Nueva Vizcaya towns), CAMANAVA, Manila, Pateros, etc. I chose North of Manila since I have been to those towns. That will be hitting 2 birds with one shot. Three other volunteers also signed up for North of Manila. Other volunteers that are not into mapping signed up as volunteers for other activities of the organization. The last activity of this day is to pass a paper detailing the project that we signed up for, possible timeline to finish the project/mapping and limitations to our project.

Our Day 2 was the practice mapping. It was held in the town proper of Marikina City around the Our Lady of the Abandoned Church. It was a half day event and we were able to map a lot of old structures along its primary road. We went as far as crossing the Marikina River to a small, little-known chapel. Our culminating activity happened in the park along the Marikina River (Marikina Riverbanks I believe). Certificates were given and instructions were further given on how we'll go about being a full-pledge, certified volunteers. That is, to complete our mapping project in the next 6 months then upload all the information on the website.

In the span of 6 months, we were able to visit the 5 towns we were assigned to -- Bayombong, Bambang, Solano, Dupax del Sur and Gapan (Nueva Ecija). We took photos and get as much information as possible (mostly from research because we were too shy to have face to face interview). Not to mention that most of the houses we visited were hidden behind tall gates.

We were 4 volunteers for our group and we're located far from each other -- Quezon City, Pangasinan, Zambales and Pasig City. So we uploaded the pictures on OneDrive along with an Excel sheet that contain the information about the site -- address, coordinates, etc. During the actual uploading of information on the website, we also identify the style and possible date when it was build. It was hard to know this information but we're thankful that one of our team mate is an interior designer. Our final hurdle before we became certified volunteers is the presentation of our work. We used PowerPoint to highlight the things we did for the North of Manila towns and also showed these buildings in the actual Philippine Heritage Map website. We were able to pass and all of us in our team became certified volunteers.

This coming July 20-22, 2018 there will be another workshop for would-be volunteers. This year, the Board decided that it will be 3 days. The first day will be a whole day seminar on how to identify a heritage structure including its style, features. This will greatly help us in identifying the structures that we'll encounter during the mapping. Day 2 will be the actual hands-on in using the Philippine Heritage Map website (laptop use is highly recommended). Day 3 will be the actual practice of mapping and this year, it will be in the heritage district of Sta Ana, Manila. I'll be one of the volunteer marshal during this mapping and I'm pretty much excited to meet the new volunteers. I wonder what towns will they map this year -- hopefully I'll be able to join them.

Anyone signed up for Batch 8 of the Philippine Heritage Map training?

at 5:42:00 PM
Email ThisBlogThis!Share to TwitterShare to FacebookShare to Pinterest