Mirana and Rikimaru will turn 1 year old in a few more months. They have completed 2 shots of 4-in-1 vaccine (against the famous cat leukemia), 2 shots of anti-virus, and several deworming. The 4-in-1 vaccine cost P900 while the anti-rabies and deworming cost P350.

They also gained weight significantly – from 0.40 (Mirana) and 0.70 (Riki) during their first visit to the Greenwoods Pet Hospital – their weight is now at 2.2 kilograms (Mirana) and 2.5 kilograms (Riki). They're now consuming 1.5 kilograms of VitaPet cat food (P250) in roughly 15 days. 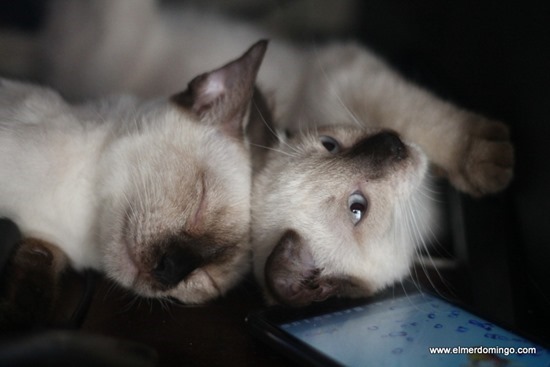 Before, they're eating Special Cat Food (from Italy) but the nearby stores where I can buy it is in Eastwood Pet Shop and from the Greenwoods Pet Hospital (inside Greenwoods Executive Village). VitaPet on the other hand, is being sold at Rustan's Supermarket in Mercedes, Pasig. It's along the Pasig Palengke-Tramo jeepney route when I'm going to the office. They're open as early as 7:00 AM.

I changed cat food last January out of convenience, but I might return to Special Cat because I noticed that their poop smelled a lot with VitaPet. Special Cat comes in 1-kilogram package and cost P155 which is slightly cheaper. Special Cat is made from chicken and turkey, while VitaPet is tuna-flavored. The main ingredient is not mentioned in the label.

One of my regret on how I raised my cats is the use of sand in their litter box. It's a bit of a hassle because they sleep occasionally on my bed. Plus, it requires frequent change of sand because the urine stays in the sand. I recently tried VitaPet's litter which cost P200. It is 5.5 lbs and fit's the Familia box perfectly. The label suggests changing the litter once a month. I do hope that I can still transition the cats into using the new litter box.

[Edit: March 5, 2018 – I removed all the sand litters and replaced it with the VitaPet Clean Paw and my cats transitioned to the new litter box with no problems.]

In the first few months of taking care of my kittens, I used sand litter boxes. Half a sack of sand cost P30 and the transportation to and from the hardware store is P50. Compare that to the cost of a commercial cat litter at P200.

I had the litter boxes set up in July 28, 2017 and just replaced the sand today, October 16, 2017 (roughly 3 months). I should replace the sand at least a month because the kittens will stop using it if it's really stinky.

The problem with sand litter boxes is that sand is scattered through the room. Also, the cat’s urine remain in the sand litter boxes until you empty it and replaced with new sand. It’s tiring to replace it that is why I switch to VitaPet’s Clean Paw in 2018.

I bought the new kitten, Rikimaru, last September 30, 2017 -- a little over 2 weeks. His breeder used to give him chicken breast and Bear Brand sterilized milk, which I continued. My 1st kitten Mirana, likewise ate chicken breast. Before, Mirana is only given dry cat food and Friskies wet food (mackerel mostly).

Mirana gained wait ever since eating chicken breast. On her first visit to the vet, she has a weight of 0.70 kilograms. That's the time she was given deworming meds. On her 2nd visit (for the 1st set of 4-in-1 vaccine and anti-rabies) she weighed 0.90 kilograms. On her 3rd visit (for deworming), she weighed 1.10 kilograms.

Before, I used to feed Mirana with the less expensive Princess brand of cat food (P25 per half-kilo) but cat lovers in forums doesn’t recommend this brand due to its high salt content. I tried other brands as well but it is Special Cat and VitaPet that I’ve stick to. VitaPet is available at Rustan’s Mercedes which is very convenient location for me.

Rabisin (against Rabies) – P350. Anti-rabbies vaccine is done every 3 months (twice) during the 1st year and then yearly.

4-in-1 Vaccine a.k.a. Purevax (against Feline Rhinotracheitis, Calici-Panleukopenia, Chlamydia Psittaci Vaccine, Modified Live Virus and Chlamydia, collectively label as Merial) – P900. 4-in-1 vaccine is administered twice in the 1st 6 months of a kitten's life.

Nematocide (against Ectoparasitic & Endoparasitic) a.k.a. Deworming – P350. Deworming is more than 5 times in the first 6 months.

September 2, 2017 -- Today my male Siamese cat Pugna died. He was diagnosed 4 days ago to have Feline Leukemia. He stopped eating. I tried to force feed him as suggested by the vet but he really won’t eat. I purchased him from a breeder in Manggahan, Pasig. He will surely be missed.

He opened my eyes to the responsibilities of a cat owner. Cats are really not just toys to play with. They are real beings with health issues as well. I should have researched more about owning Siamese cats.

All my cats are customers of: 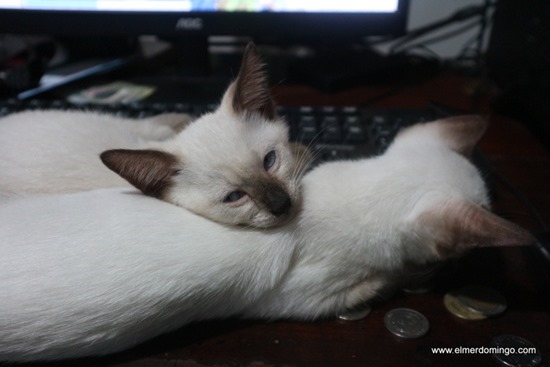 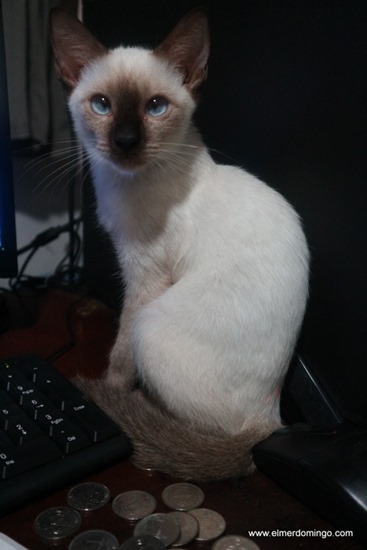 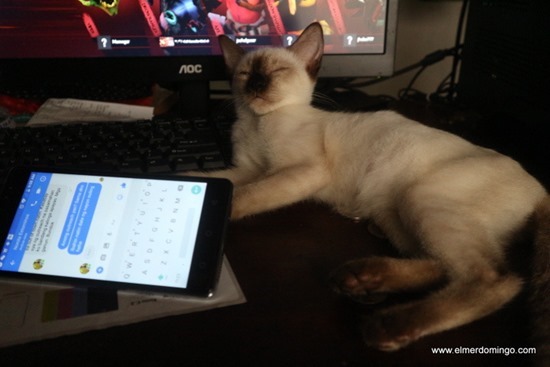 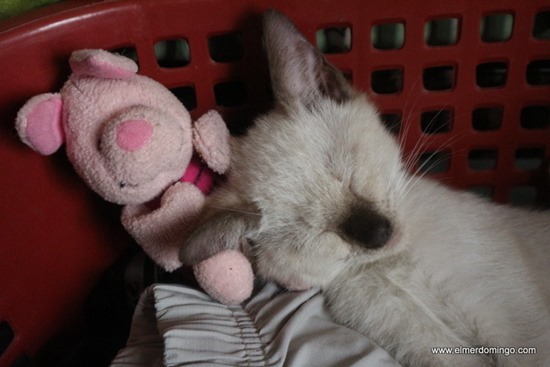 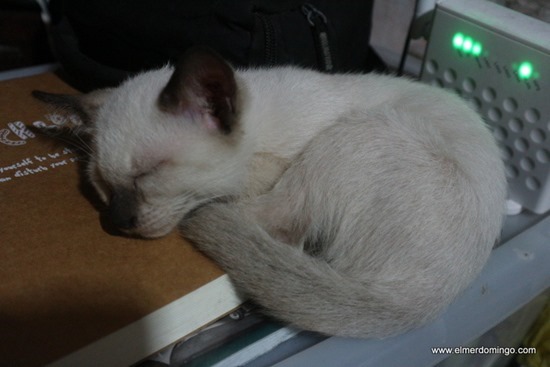 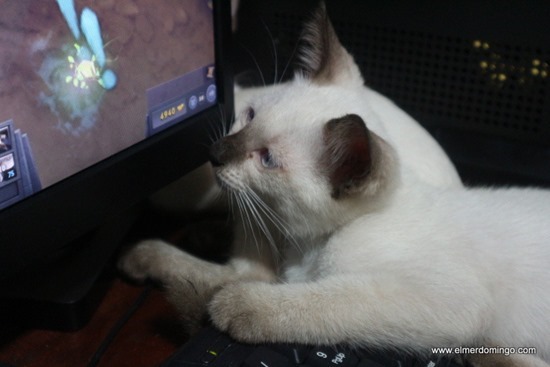 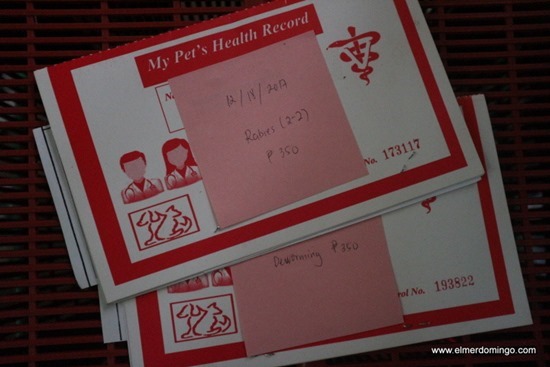 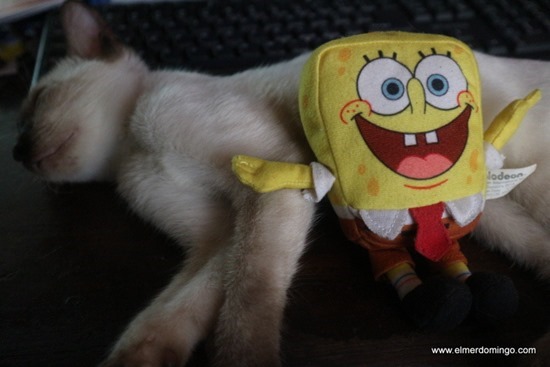 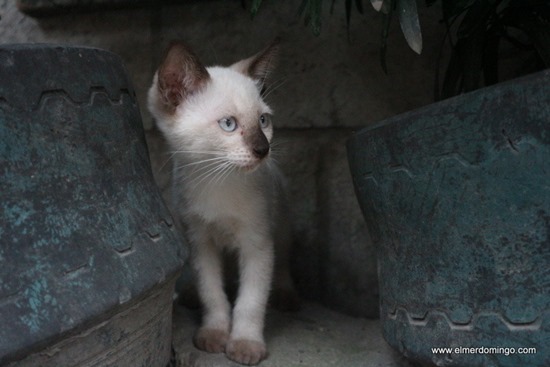 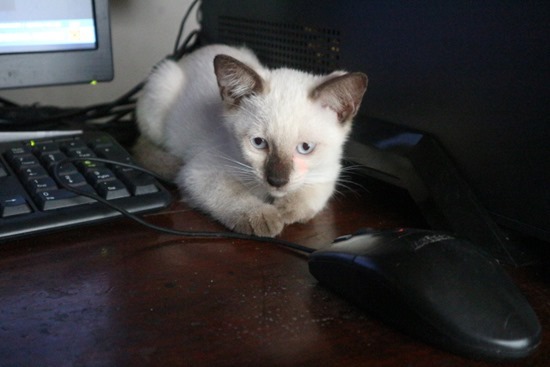 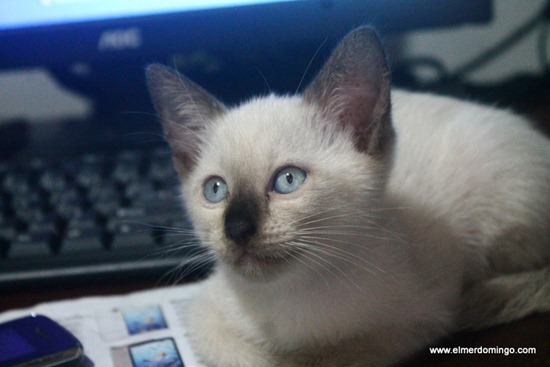 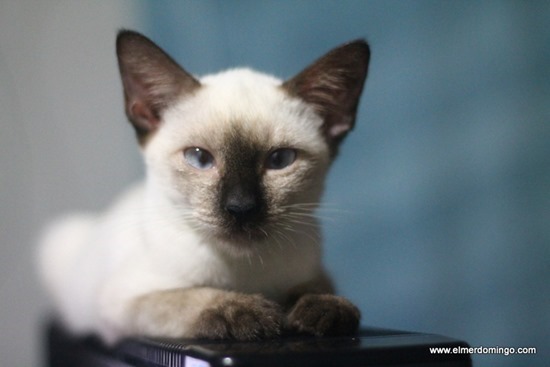 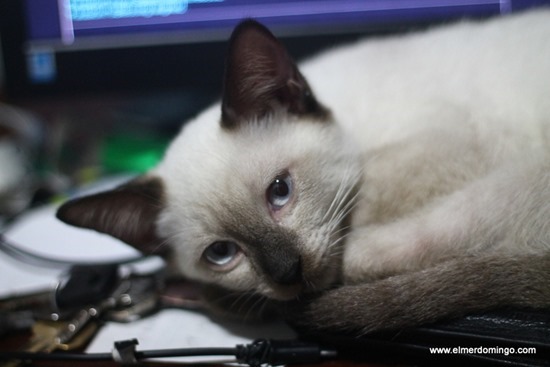