I'm a huge fan of strategy games since college days when Red Alert, War Craft 2 (Tides of Darkness) and Star Craft (Brood War) are the games you normally see on computer shops. 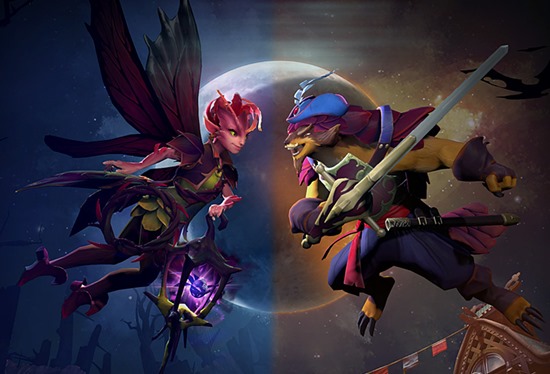 When War Craft 3 was released, a lot of players made full use of its Map Editor to create custom maps like War of Philippine Super Heroes and Defense of the Ancients (DotA). The first DotA map I played was version 6.22 and I believe it was IceFrog who updates it regularly before.

I played DotA along with Ragnarok Online (RO) for years and when IceFrog decided to come up with DotA 2 under new company Valve, I also played it. I created my first account, played 10 games after reaching the required level for the Ranked Match and was disappointed to have an MMR of around 400. It went as low as 200+ and level 20 something when I decided to create a 2nd account (thinking that I'll get a better MMR).

To my disappointment, I got 581 after the calibration matches. I'm guessing it's because I used mostly Necrophos (Necromancer before) in those 10 matches.

This year, most of my coworkers play DotA 2 so I'm playing it more often. I haven't played the game for too long (I was in Rune-Midgard most of the time) that I was surprised that Roshan was transferred from the Sentinel side (upper-right side of the map) to the middle between Sentinel and Scourge on the left side).

Sentinel was renamed Radiant in DotA 2 while Scourge became Dire. Aside from the usual gem that gives special ability (like illusion) there's also gold that pops up in the map once in a while that also gives experience (XP). Also, aside from the 4 skills (3 regular and one Super/Special Skill (SS) a.k.a. Ultimate), there is now a Skill Tree when a hero reaches level 10 and higher.

Now that update 7.07 (Dueling Fates) is released together with 2 new heroes, it's a totally new gameplay. The patch includes new items, a rework on some heroes and updates to skill trees. There's also a new Turbo match (faster All Pick map) and an updated Ability Draft Mode wherein you could pick your 4 skills from a pool of random skills. MMR will also be recalibrated in two weeks and there will be new medal system. Sort of achievement medals similar to most Android games.

In other words, I need to play the game more often. 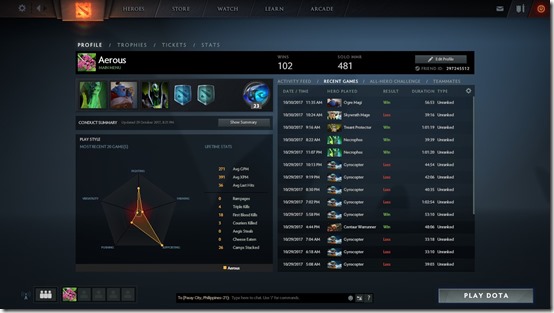 at 8:29:00 AM
Email ThisBlogThis!Share to TwitterShare to FacebookShare to Pinterest
Labels: DotA 2