The Relaunch of Ragnarok Online in the Philippines

Yesterday’s Ragna Festival 2017 held at SM Annex (of SM North EDSA) was a huge success. A lot of Ragnarok enthusiasts showed up for the event and the huge turnout proves that Ragnarok isn’t really dead in the Philippines (even though it was closed in March 2015). 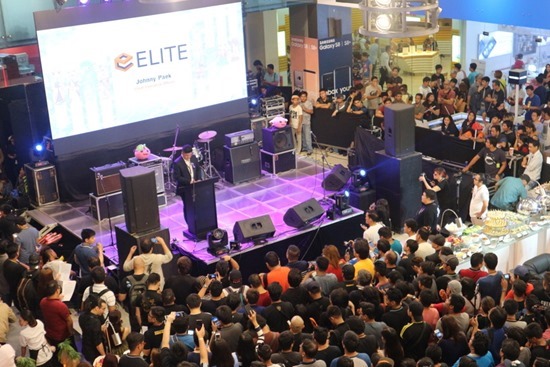 I tried to be included in the Early Bird promo yesterday but to no avail (I was at the doors of SM Annex at 9:45 AM). When the doors opened at 10:00 AM, a huge crowd dashed to the 4th floor to win in-game events. Lines from 4th floor up to the ground floor were easily formed.

The venue became so small compared to the huge crowd. Most of the Ragnarok enthusiasts who went to the event yesterday wanted to know the details of Ragnarok’s relaunch in the country. However, very few information were given by the representatives of Gravity, Extreme Electronics and Elite Global Sourcing.

Yesterday’s Ragna Festival 2017 includes cosplay performances, art contest, raffle, headgear competition and performances of bands Imago and Sandwich. I was surprised Betong was one of the hosts of the event.

Everyone who’s been playing online games, from 2003 up until today, remembers Ragnarok Online. It’s the first full MMORPG (Massively multiplayer online roleplaying game) that Filipinos sank their teeth into. It’s why it’s called the pioneer of Filipino MMORPGs.

The game introduced Filipinos to the world of gaming adventure and competition created lifelong friendships. It also sparked the internet café revolution and opened the door for gaming cosplay in the country. It was so popular that Ragnarok Online was made into an incredibly popular 26-episode anime series. Ragnarok Online is loosely based Ragnarok, an incredibly popular Manhwa (Korean manga).

Ragnarok Online is back

According to a popular Taiwanese game web site, Ragnarok ranked number 1 as the most popular game in Taiwan and Thailand. Very soon, it’ll be the number 1 game in Indonesia and in the Philippines.

Ragnarok Online has enjoyed resurgence through its renaissance in Taiwan, Thailand and Indonesia. Since it was launched in 2003, close to 10 million people played the game in the Philippines.

Gravity Co. Ltd., the developers of the popular MMORPG will grace the event, together with their regional and local publishers, Extreme Electronics and Elite Global Sourcing Inc., respectively. They will make the most awaited announcement Filipino gamers are waiting for.

Electronics Extreme currently owns the publishing rights to Ragnarok Online in Asia and ELITE is the Philippine publishing partner. There will be more major announcements after the Ragnarok Festival so stay tuned!

At this point, the following questions are left unanswered: