It’s been 48 days (from September 19) since I had my tonsillectomy at The Medical City, Pasig. It’s also 29 days (from October 8) since I got a 2nd surgery due to the complications of tonsillectomy. This was done at St Luke’s Medical Center, Bonifacio Global. Yes, I was hospitalized twice due to tonsillectomy.

My ENT doctor from St Luke’s told me that a complication like this happens (like 10% of all tonsillectomy surgery). What happened last October 8, 2016 was the hardest and most painful experience I had. I taught that I’ll die from bleeding. 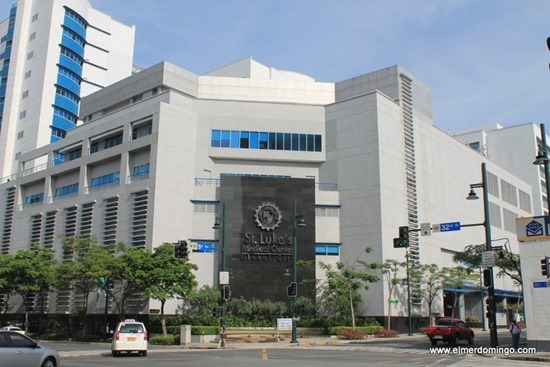 I was at work on the early morning of October 8, Saturday. I guess I cough very hard that I suddenly tasted blood in my mouth. This was the 3rd time that I experience bleeding since I got the tonsillectomy last September 19. The 2nd time it bled, I was also at the office also. It happened last September 29. I was rushed to St Luke’s Medical Center but during that time, the bleeding stopped. So I was discharged the same day and the ENT doctor told me to take meds for the bleeding.

Going back to the 3rd time it bled (and the worst), my officemates rushed me to St Luke’s Medical Center (again). This time, the bleeding continued and the ENT doctor tried to suppress the bleeding but she eventually told me that they have to stitch the left side of the area where my tonsil used to be located.

It was about 45 minutes to an hour that I was bleeding before my brother, sister-in-law and I decided to have the surgery (again) at St Luke’s instead of going back to The Medical City. By this time, I almost passed out due to loss blood. I was also vomiting blood. It was really a mess.

So for the 2nd time, I was lying on the surgery bed again and I am inhaling anesthesia again. I woke up after 5-6 hours later. I felt really bad and I have to undergo blood transfusion. It was my first time to have it. It took 2 bags of blood for my blood chemistry to be okay. I was at St Luke’s Medical Center for 4 days! I was dispatched on Wednesday afternoon. Ever since then, I was on sick leave until today. I would be returning to the office tomorrow. Hopefully everything goes well. 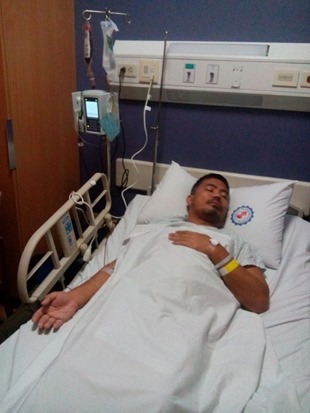 The hardest part of this 2nd surgery due to complications from tonsillectomy is financial loss. Since I used up most of my health card the first time I got hospitalized, my aunts have to pay for the rest of my hospital bill at St Luke’s. My total hospital bill reached around P93,216.83 (P33,000 is the amount left on my Maxicare + P60,216.83 cash payment). The professional fee reached P17,240.00 which was mostly covered by PhilHealth.

Emotionally, I was worried what would happen if this happens again in the future? What if after my operation at St Luke’s, another bleeding incident happen? I have no more funds on my Maxicare. Hospitalization is really expensive.

There are a lot of things going on in my mind during the 4 days I spent at St Luke’s Medical Center. I experienced the stages of grief – denial, bargaining, etc. Good thing my brothers and aunts are very supportive and my sister-in-law took care of all the paper works. My older brother, hipag and eldest nephew also spend 4 days with me at St Luke’s. It’s really depressing to spend days at the hospital.

During my stay at St Luke’s, I also taught that perhaps karma or judgment day really happens while we’re still on Earth. Perhaps this is my karma for all the times that I’ve been an asshole to my fellow human beings. All the things I did bad to my friends and acquaintances, it came rushing to me. Then, I had weird dreams, which I am thinking, is due to the “foreign” blood that is now running in my veins.

Looking back at that experience at St Luke’s all I can say right now is that I’m very thankful that I’m still alive and kicking! I’m very fortunately to have my relatives with me and loving family. I won’t be able to make it without them.