I’m back in Ragnarok Online! This time, I’m playing in the International Ragnarok Online (iRO) server, which is based in the US. Last year, Philippine Ragnarok Online (pRO) closed. Good thing that the characters were migrated to iRO. I was able to migrate most of my characters and I have 5 accounts (I forgot to migrate 1 which contains my assassin cross and crusader). I was on hiatus for a year since pRO closed mostly because I find iRO very laggy. After a year, I’m back and iRO is now playable (no longer laggy). In fact, I can attend sieges with ease. 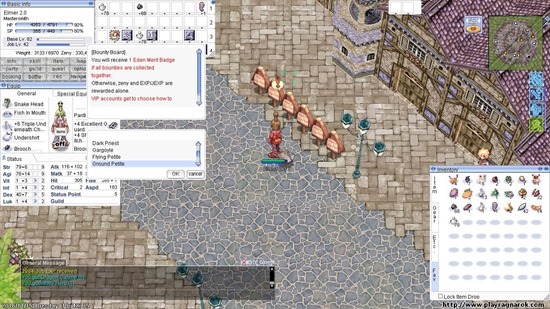 My 81 whitesmith doing the Bounty Hunting daily quest at Geffen.

When the pRO accounts were migrated to iRO, they created a new server for these characters – Thor. The only problem I’ve encountered is that my zennies were wiped from all of my characters and I lost some items (like counter dagger for my soul linkers). Also, my geneticist’ skills were reset and he no longer have cannon. He’s 150, vitality-intelligence (vit-int) and I don’t know how to level him anymore without using the expensive Acid Bomb (AB) skill. Everything else is intact and are safe in my Kafra storage.

The past few days, I reviewed my characters’ equipment and I realized that it’s all been old school stuff (Rune-Midgard days before the discovery of Schwarzwald Republic and Arunafeltz). I also checked Prontera and most of the items and equipments being vended are new to me. I really have a lot of reading to do from the Warp Portal forums. I need to get familiarized on these new equipments. I also need to know what monsters are dropping the latest equipment. I have a lot of grinding to do since the level cap was raised from 150 to 175. I have the following characters to level-up:

I’m not a botter by the way. All my characters were manual and the product of playing pRO for 12 years (2003-2015). Now I have to kill a thousand more monsters to reach level 175 (yellow aura). It’s my biggest problem these days since I can’t think of any other leveling place except Rachel Sanctuary. There are also fewer players of Ragnarok now for Endless Tower (ET). The current population of Thor is between 400 to 800 players.

Since iRO is based in the United States (for North American clients), the premium service is now using US dollars. That will be way expensive for me to buy Field Manuals and Bubble Gums. The daily Alberta Quest in pRO is not present in iRO. I also can’t find any Eden quest for characters level 100 and above. I need to read a lot from the Warp Portal forum for smarter ways to level-up my characters. Overall, I’m happy to be back in Ragnarok Online.

By the way, I was able to change one of my Gunslingers into Rebellion (next job). I’ve also seen the future job advances for Soul Linkers and Star Gladiators as well as revision to Prontera and improvement to player interface. Gravity (the maker of Ragnarok Online) still has a lot of plans for this MMORPG. Indeed, Ragnarok Online 1 is far from ending. 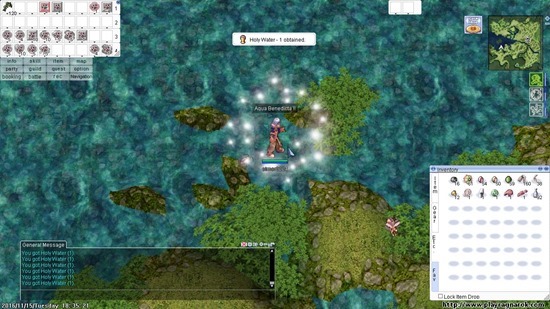 My full support (FS) priest partying with an assassin. 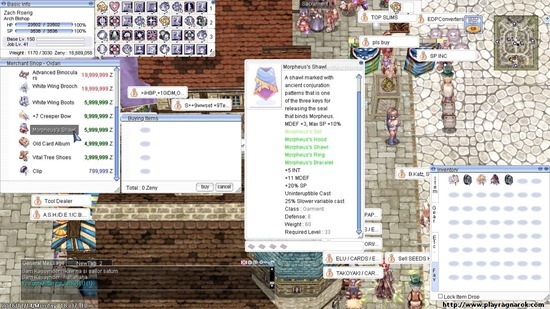 I need to know these new equipment sets. 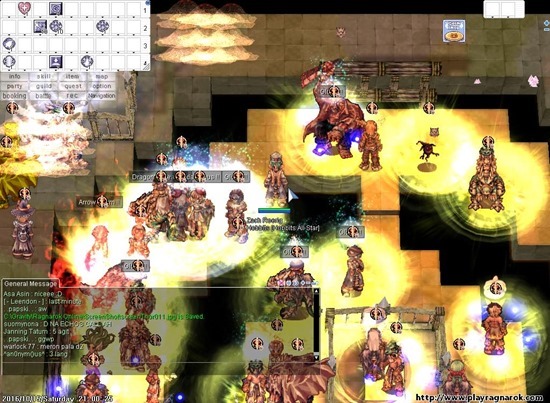 My 150 archbishop Zach Roerig attending siege under The Hobbits. War of Emperium (WoE) is very much alive in iRO Thor server.