It’s my Day 10 of recovery after my tonsillectomy at The Medical City last week, Monday 3PM. I’m feeling better now. I can’t believe that I haven’t used my PC that much the past few days since all I wanted to do was sleep.

What Is a Tonsillectomy?

A tonsillectomy is a surgical procedure to remove the tonsils. Tonsils are two small glands located in the back of your throat. Tonsils house white blood cells to help you fight infection, but sometimes the tonsils themselves become infected.

Tonsillitis is an infection of the tonsils that can make your tonsils swell and give you a sore throat. Frequent episodes of tonsillitis might be a reason you need to have a tonsillectomy. Other symptoms of tonsillitis include fever, trouble swallowing, and swollen glands around your neck. Your doctor may notice that your throat is red and your tonsils are covered in a whitish or yellow coating. Sometimes, the swelling can go away on its own. In other cases, antibiotics or a tonsillectomy might be necessary. 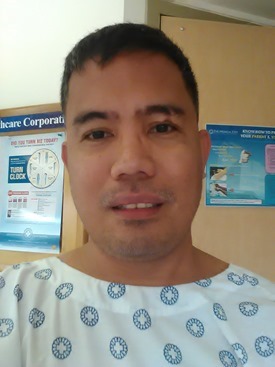 I usually have tonsillitis more than 4 times in a year. Tonsillitis and sore eyes are the only two reasons why I use my sick leaves. There are a lot of Ear, Nose and Throat (ENT) doctors who saw my tonsil advised me to have tonsillectomy. They often commented that my tonsils are a bit large. I just don’t have the guts before to undergo surgery. This recent tonsillectomy is my first time to ever been on a hospital bed.

A month ago, I had tonsillitis and I had enough with doctors telling me to undergo tonsillectomy. Since tonsillectomy is covered by my HMO card, I decided to have the surgery as soon as my tonsillitis is gone. It could have been a simple procedure if I did it 3-4 years ago before I was diagnose with type 2 diabetes. So my ENT doctor had me gone through a lot of laboratory tests – urinalysis, complete blood count (CBC), electrocardiogram (ECG), even chest X-ray. 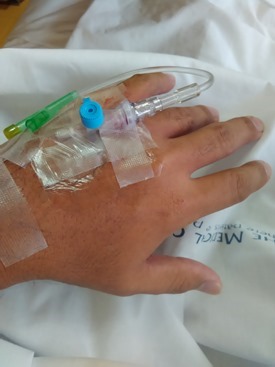 The results of these tests revealed another of my health issue – I have hypertension. Although I’m not smoking and rarely go on drinking sessions, I wasn’t surprise at the news. My father suffered a series of strokes starting in 2009. I also have an aunt from my father side who passed away due to a heart ailment. So aside from my maintenance medicines for my diabetes, I also have to take meds for my hypertension.

After a month of doing all these tests and diagnostics, and after obtaining clearance from my endocrinologist and cardiologist, I finally had my tonsillectomy at The Medical City last September 19, 2016 3PM. I was admitted to the hospital 24 hours before that and I had to do fasting 8 hours before the surgery (no food or water intake).

The surgery itself wasn’t bad, since I was under a general anesthesia. The last thing I remember before the surgery is the gas-mask-like thing and I was like inhaling something before finally sleeping. I woke up around 7PM the same day. The nurse advised me that it only took 30 minutes for the surgery. So I slept around 3.5 hours in the recovery room. Good thing I never experience nausea or vomiting after the surgery. 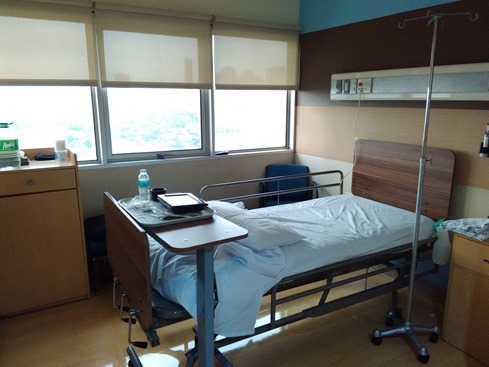 My room at The Medical City. It’s on the Maxicare Section of the 12th floor.

I went out of the hospital the next day so I only spent 2 full days at The Medical City on a private room at P2,700/day. The statement of account reveals a final amount of P78,783.05. Of that amount, P9,600 is listed as PhilHealth, so the rest is charged to my HMO, which is Maxicare. I only paid P487.50 in cash for the miscellaneous fee which is not covered by PhilHealth or Maxicare.

Good thing is that my work is not that stressful physically so I was able to get back to work the next day after discharged from the hospital. So 3 days of work after surgery, then Saturday-Sunday rest day and so far 4 days of work after that. I could have used 2 weeks of rest days after the surgery but I used up all my SLs this year.

This website helped me a lot during the recovery process: http://tonsillectomyrecovery.com/

My ENT doctors failed to give me a head’s up regarding the bleeding once the scabs started to fall off and it’s the worst part of the recovery. I’ll probably have part 2 for this post but for now, let me take another nap.

Shout out to my brother and sister-in-law for staying with me at the hospital. 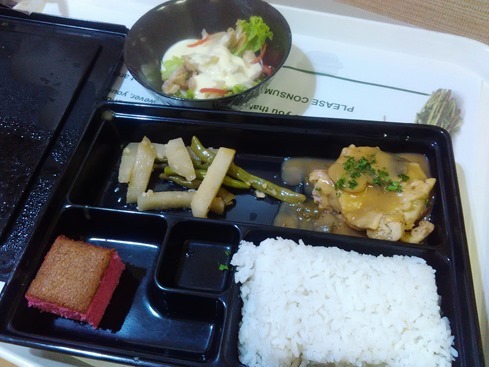 Last meal before surgery. I really loved the food at The Medical City.

Technorati Tags: Tonsillectomy,Medical
at 1:38:00 AM
Email ThisBlogThis!Share to TwitterShare to FacebookShare to Pinterest
Labels: Medical