My “Star Trek Beyond” Movie Experience

I’ve heard about Star Trek from my teen years in the 90s but I never watched its TV series. When the film franchise of Star Trek made a reboot of the films in 2009 (simply called “Star Trek”), I became interested. It was followed by “Star Trek Into Darkness” in 2013 and now “Star Trek Beyond”. This new Star Trek movie is a sequel to the 2013 film and composes of the same team of Captain James T. Kirk (Chris Pine) and Commander Spock (Zachary Quinto). Spock reminds me of an Elf with its pointed ear.

When CignalTV and Smart released an online contest asking netizen the name of the newest villain in “Star Trek Beyond”, I joined and won. That’s one advantage of being online most of the time on Twitter. So the venue of the movie was Gateway Cineplex 10 Cinema 2 at 7:30pm earlier. They gave me 4 tickets!

Before the movie started, there was a trivia contest and they gave some cool “Star Trek Beyond” cap. CignalTV also announced that they currently have 1.4M subscribers to date and Smart launched their breaking commercial. I’m one of those 1.4M subscribers of CignalTV by the way and I’m a happy camper. #JustAwesome

“Star Trek Beyond” is a nice film but the story is familiar. I was amazed at how they presented a highly industrialize, gravity-defying planet. I was so awed with the special effects. When the USS Enterprise was attacked by the new enemy, I was actually expecting a major inter-galactic fight. But then again, the USS Enterprise is a primarily deep-space, exploration starship.

The movie is a good one over-all and I’m really expecting to see the 4th movie in this reboot – where Chris Hemsworth would make an appearance. It doesn’t have a title yet but probably would start with Star Trek. I guess I’m now a Trekkie – a fan of the Star Trek franchise. 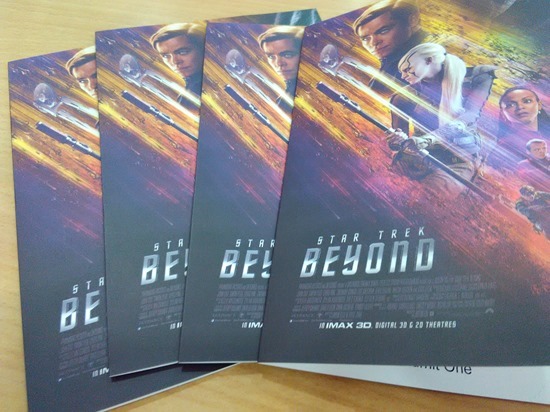 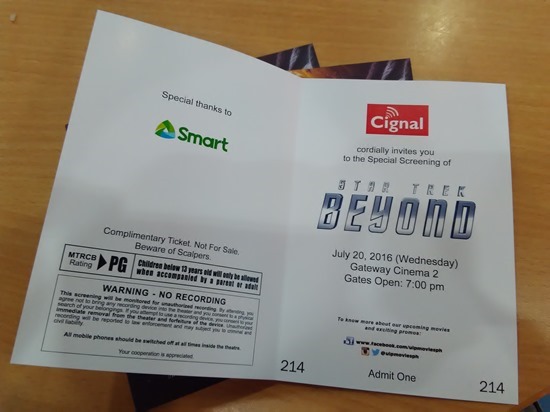