Who Ranked Davao City As The Safest City In The Philippines? 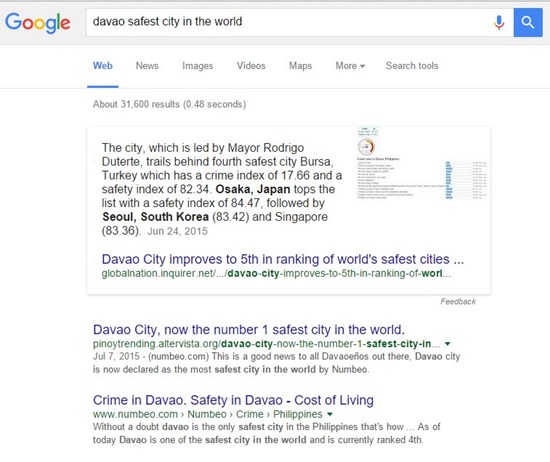 If you Google “Davao Safest City”, it will give you search result that points to one particular website – Numbeo.com. It is a Serbian company that holds the world’s largest database of user contributed data about cities and countries worldwide.

User contributed data, meaning, visitors to the site can contribute data about any cities in the world. It doesn’t user Google’s Location (like in smarphones) so it doesn’t pinpoint the location of the PC being used.

I tried to contribute some information about Pasig City but the website doesn’t give the link to the questionnaires about the Crime Index so I have to email Numbeo. They provided me the link and I’ve answered the questionnaires. It didn’t ask me for any information at all – no name, location, age, gender – nothing. There are four answers – Very, Fairly, Not a very, Not at problem at all.

The problem with the questionnaire is you can answer it repeatedly. So the 469 contributors can be a single person. I tried to access the same questionnaires using another browser (without even rebooting my PC or modem to renew my IP address) and I was able to answer it again. This is not the most scientific or statistically-accurate way of rating a city, especially that we’re talking about Crime Rate. I took Statistics as a subject and this way of gathering data is definitely not the best way to do it.

Now I’m very upset that Duterte’s camp is using the information from this highly-questionable method and website, to brag that Davao City is the safest city in the Philippines. I’m hoping they could back up this claim by providing figures from the Philippine National Police (PNP) instead.

On the contrary, I stumbled upon a Wikileaks article regarding Davao City saying:

“Davao has made a remarkable turnaround in the past 20 years from the "murder capital of the Philippines" to a peaceful and secure pro-business environment that is internationally recognized as one of the most livable cities in Asia. Although the methods which seem to have been used in Davao to obtain peace are not ones we would want to see replicated, Davao serves as an example of the progress which can be made if peace can be established and good economic policies put in place.” (Bold letters for emphasis are mine) 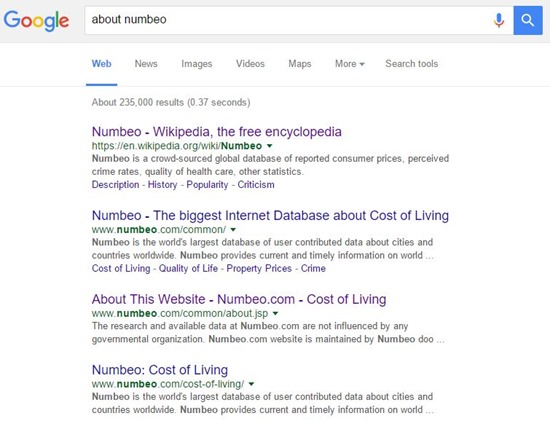 Who or What is Numbeo?

Email from the Founder/CEO of Numbeo on where to get the Crime Index Questionnaire. 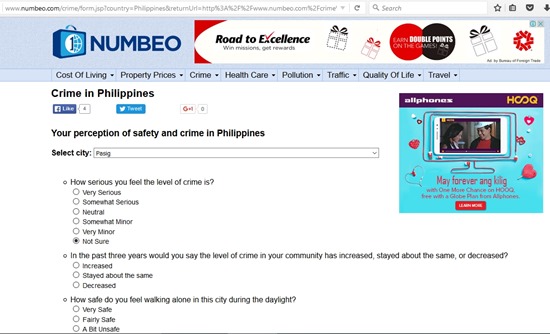 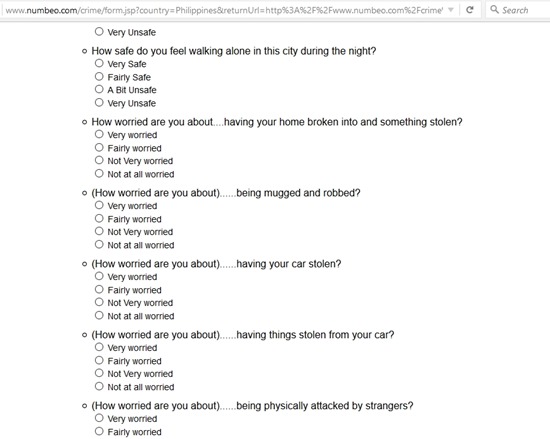 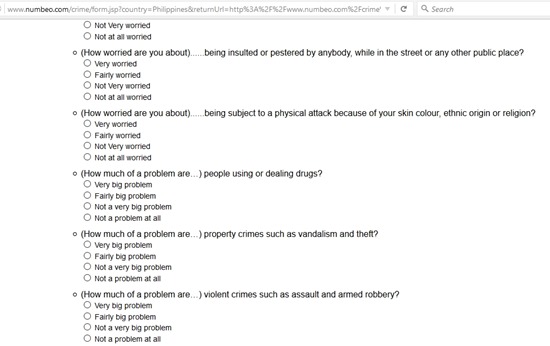 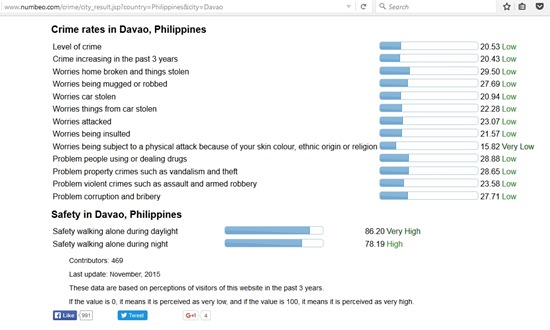 The Crime rates in Davao, Philippines as answered by 469 contributors.

The famous screenshot of the ranking of Davao City as the safest city in the Philippines. Look, the contributors even posted an even safer city – Fruitful and Feisty Filipino Memes – as a way of mocking this list. 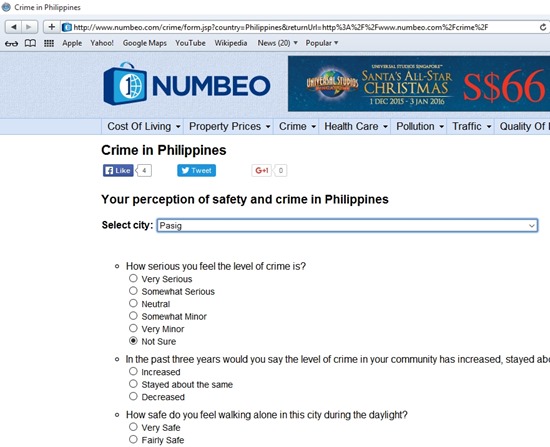 I tried to answer the questionnaire again from the same PC with the same IP address, but on a different browser, and I was able to access the questionnaires again. So the 469 contributors could be a single person or a small group of people (lower than 469) 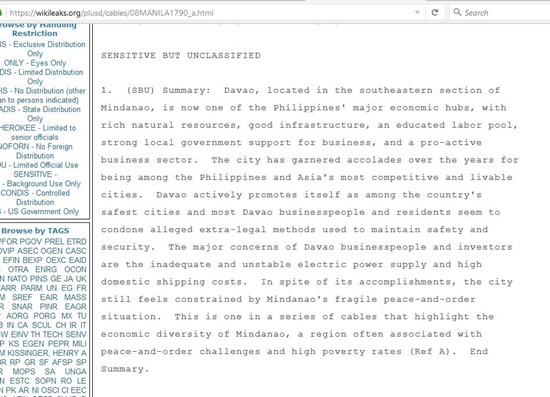 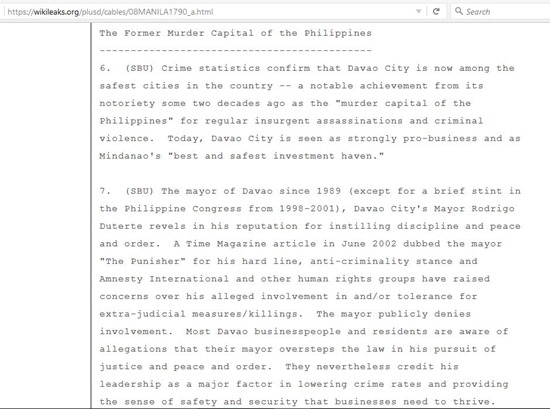