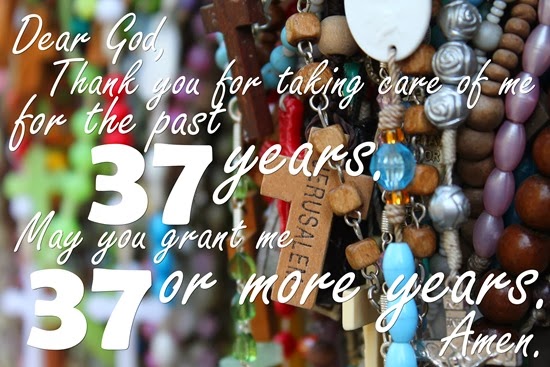 It’s my 37th birthday and I simply want to thank God for allowing me to walk on Earth this long. As I grow older, my belief in a Higher Power grows stronger. I just hope that God will give me another 37 years so that I could see the progress of mankind when it comes to technology, medicine and science.

I particularly wanted to see the following things unfold before I meet my Creator:

These are the things that I’m hoping to see in the next 37 (or more) years. Hopefully, I’ll earn God’s indulgence and let me live a happy life up to age 80. That’s also my birthday wish on this 37th birthday of mine.

Technorati Tags: 37th Birthday,11 Things I Want To See in the Next 37 Years,God's Mercy
at 5:22:00 AM
Email ThisBlogThis!Share to TwitterShare to FacebookShare to Pinterest
Labels: Current Events, Personal