Boracay More Than A Year After Its Closure

They say it's one of the best beaches in the world. I see a place similar to Poblacion Makati -- but it's on an island. I'm surprised that more than a year after its closure, the road and drainage system at the heart of the island is still unfinished. The establishments near the beachfront that were "chopped" remained as it is

Like all our barangays in the country, Boracay has its poor side, middle-class side and rich side. Only the latter is highlighted in the news. I hope the government will not only "reclaim" the shoreline but stop its overpopulation, additional condo units, and more important, improve the lives of its poor residents. 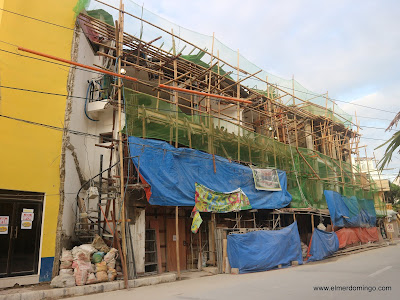 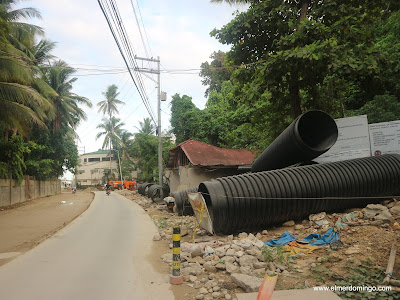 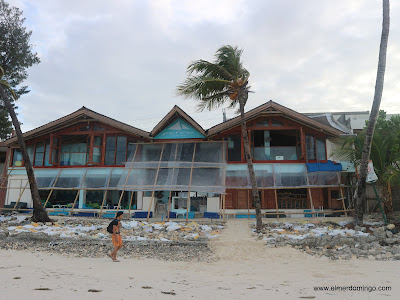 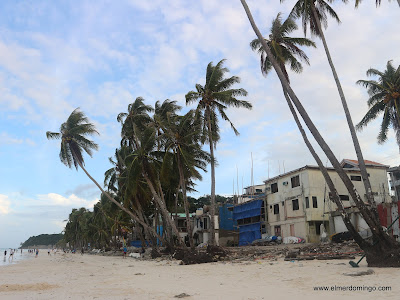 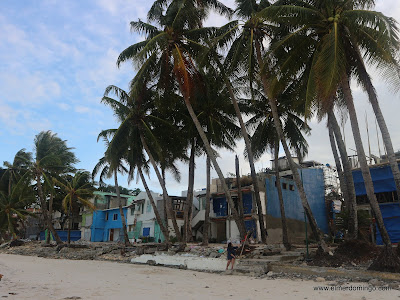 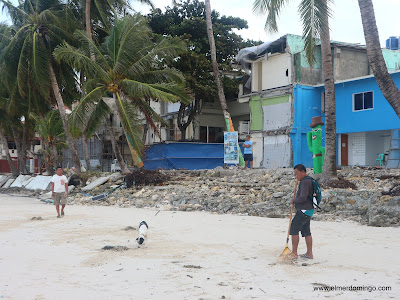 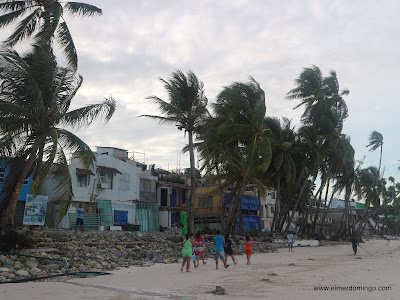 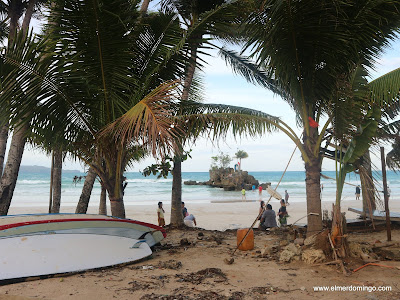 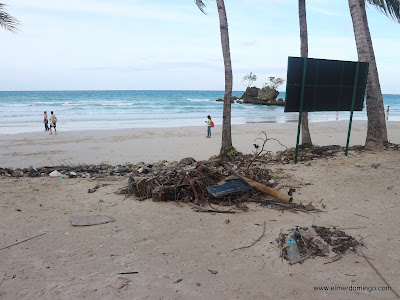 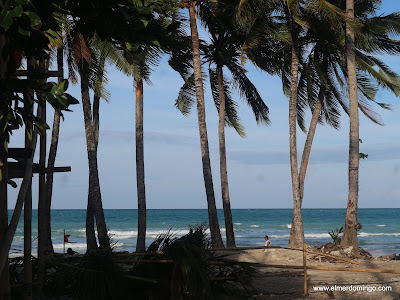 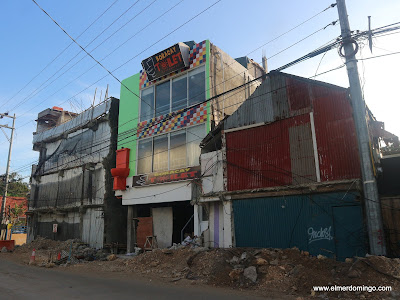 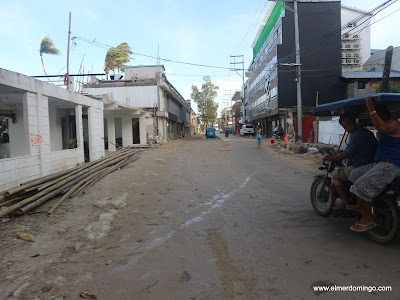 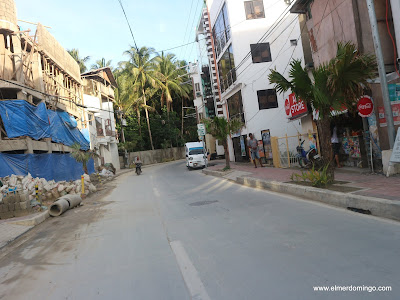 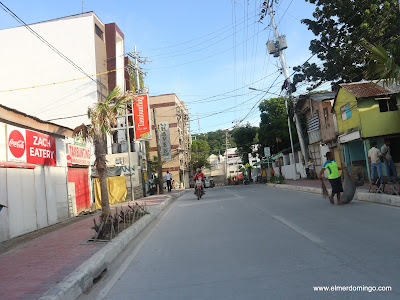 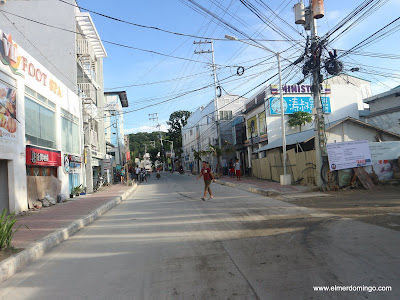 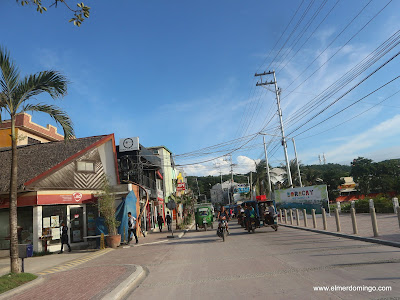 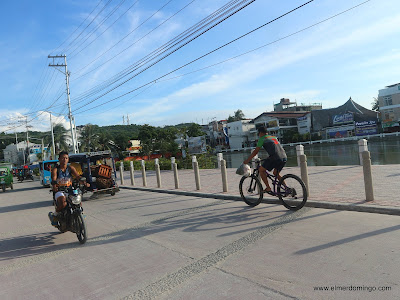 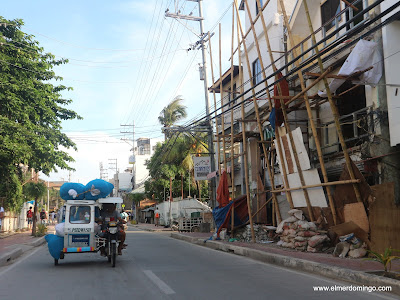 at 7:10:00 PM No comments:
Email ThisBlogThis!Share to TwitterShare to FacebookShare to Pinterest
Labels: Beaches, Current Events

During the campaign debates leading to the 2016 election, Duterte said a lot of campaign promises that enabled him to win. I kept a list here http://www.elmerdomingo.com/2016/05/expectations-from-president-duterte.html 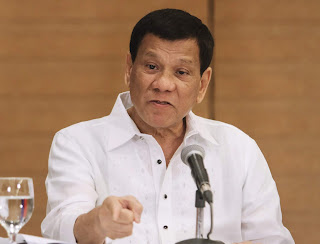 Today, he’ll deliver his 4th State of the Nation Address (SONA) and I would love to hear what the president would do, in his remaining 3 years in office, to address the issues/problems that he promised to end, such as:

Corruption in the Government – He already accepted defeat on this https://news.abs-cbn.com/news/02/23/18/corruption-worse-in-ph-malacaang-says-it-cant-be-solved-overnight

1 Doctor per Barangay – Nothing has been done about this. It’s still a target until 2022 http://nine.cnnphilippines.com/news/2017/07/01/DOH-chief-Govt-targeting-one-health-worker-per-barangay-by-2022.html

More train system – No new train system running yet in spite of his #BuildBuildBuild program. Although there were groundbreaking ceremonies done – The Subway System in February 27, 2019, the LRT Extension to Cavite in May 7, 2019 and the Tutuban-Malolos PNR (Phase 1) in February 15, 2019.

Resolve the issue of heavy traffic in Metro Manila within 1-2 years – He already accepted defeat in this campaign promise https://newsinfo.inquirer.net/1089471/duterte-admits-failure-to-solve-edsa-traffic

Resolve the issue of rice cartel and smugglers in 3 days – another failed promised in spite of the Rice Tariffication Law. As of March 2019 the government is still breaking the rice cartels https://www.philstar.com/opinion/2019/03/08/1899607/breaking-rice-cartel

Right the historical wrong against Mindanao – nothing has been done so far
Federalism – the people obviously doesn’t want this https://www.gmanetwork.com/news/news/nation/698903/duterte-if-you-don-t-want-federalism-fine/story/

Manila is a symbol of being oppress – nothing has been done about this
More budget for Mindanao Still a work-in-progress https://www.rappler.com/nation/197260-mindanao-development-authority-budget-2019-2022

Cooperatives/Credit Union per Region – still a work in progress http://www.cda.gov.ph/2-uncategorised/274-masterlist-cooperatives

Talk to the New People’s Army (NPA) – he did it once during his 1st year in office but nothing has been done to address the issue with the NPA.

Rehabilitation of the Laguna Lake – after highlighting this issue during one of his flights back to Manila, nothing has been done about this. In fact, we’re still waiting for an Executive Order (EO) to broadly mobilize government agencies to rehabilitate this lake https://www.bworldonline.com/full-govt-mobilization-urged-for-laguna-de-bay/

Jetski to the Spratlys to plant the Philippine Flag – a joke https://www.philstar.com/headlines/2018/03/01/1792811/jet-ski-dding-duterte-says-campaign-comment-just-joke

In fairness to Duterte, here are some of his accomplishments:

Divert income of PAGCOR for hospital expenses of the poor -- https://www.philstar.com/opinion/2019/02/09/1892100/free-medicine-all-through-pagcor-earnings

Landbank should give more funds to farmers -- https://www.landbank.com/node/3896

Readers, do you have something to add to the list of fulfilled and unfilled campaign promise of Duterte?