It's sad that based on the latest survey, www.manilastandard.net/news/national/.../incumbents-top-metro-poll-survey.html “Incumbents top metro poll survey” re-electionist Bobby Eusebio is still the preferred choice for City Mayor of Pasig. Almost 75% of those surveyed are voting for him.

I am voting for newcomer Vico Sotto, son of TV personality Vic Sotto, and a councilor of Pasig City. I believe that the Eusebios have been staying in power for too long in Pasig City. I also believe that after serving for more than 20 years, the citizens of Pasig City deserve a breath of fresh air.
Pasig City is considered one of the riches cities in the country and yet, I never see the progress in my beloved city. A few years ago, my father was hospitalized in Pasig City General Hospital. It was not what I was expecting for a rich city like Pasig. I believe that the City Government of Pasig could do a lot to improve the socials services in the city. 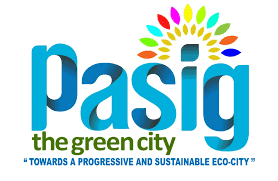 Pasig City has long been marketing its slogan “Pasig Green City” and yet, there are very few green parks in the city. The only one I know is the Pasig Rainforest. Last year, they’ve relocated the statue of Andres Bonifacio between the Pasig Museum and the Old Post Office. They’ve improved the area, but it is not as green as it could have been – it was just a boring, concrete piece of land.
In the 20 years that the Eusebios managed the city, I’ve only seen 3 bridges build – the one connecting Sta Rosa to Bagong Ilog, Caniogan to Marikina, and Sumilang to Pateros. I have not seen a new road or widen existing streets to ease traffic. Traffic in Pasig could rival that of EDSA during rush hour.
I also have not seen any major infrastructure build in the city the past 20 years. Pasig still doesn’t have a public, open area like Marikina Sports Center where events could be held. In fact, the Paskotitap and Bambino Festival of Pasig have always been held in the narrow street from Pasig Simbahan to the City Hall.
I guess the only reason I’m voting for Vico Sotto is because of his promise of transparency in terms of showing how the City Government of Pasig is spending its fund and how much taxes are they getting from the residents. Transparency is a big deal for me and I really wanted to know how the City Government is spending it, particularly to address the city’s problem with illegal settlers. I believe they’re not doing enough because there are still a lot of residents in Nagpayong who has no lot title of their own.
I’m still voting for Vico Sotto even if the odds are not in his favor as of this time. By publishing blog articles and letting the City Government know what the residents want, who knows, perhaps the residents of Pasig City will have a change of heart and vote for Vico Sotto, who’s now the face of transparency in the City Government of Pasig.