The sequel to the PC game Grand Chase will be launch in mobile version on July 3, 2018 in the Philippines. It will be called Grand Chase Dimensional Chaser and it’s a real-time Role Playing Game (RPG). Are you guys excited? I am.

The number of pre-registrations for Grand Chase Dimensional Chaser also reach 100,000 in the Philippines. This was announced by KOG Chief Executive Officer Jong-won Lee recently.

On June 23rd, “GrandChase – Dimensional Chaser” was introduced for the first time in the Philippines through a Press Conference held in Marco Polo. Rafael HS Noh, Director of KOG, said it was a great opportunity to feel the love of the gamers in the Philippines and it was the reason why KOG strove to launch the game in the country as soon as possible. Thanks to the accomplishment of 100K pre-registrations in the Philippines, all the users who participated would be able to receive monthly rewards of check in the game such as S Rank Hero Package, 200,000 Gold, 3,000 Prana, and ★3 Monster Card x 10.

“GrandChase – Dimensional Chaser” is an official sequel to the hit online game ‘GrandChase’ and it has been produced by the Original GrandChase Online Development team. It inherits the original game’s spirit and was released in January in Korea. Since the launch in Korea, it had achieved the top game in the Apple App Store and Top 2 of Google Play Store. And “GrandChase – Dimensional Chaser” will be be released through it’s local publishing partner, Elite Games.

If you want to participate in the pre-registration for “GrandChase – Dimensional Chaser”, it can be done through the official website (https://www.grandchase.net/event1) and the events on Facebook may be checked here (https://www.facebook.com/GC.Mobile.PH)

Founded in 2016, ELITE GAMES is one of the leading international Game Service and Marketing Providers based in the Philippines with its regional HQ located in the Silicon Valley of Asia, Pangyo, South Korea.

GrandChase Makes A Comeback… As A Mobile Game 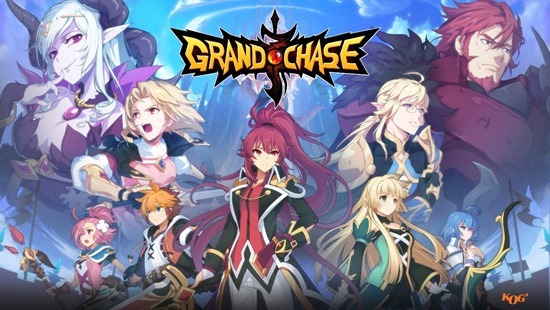 I played GrandChase before and the PC version is a 2D scrolling type (similar to Maple Story). The effects are awesome and the characters are cute. There were the usual class of swordsman, archers and mages… but I never got the chance to explore the game to the max.

I got news in the mail that it’s making a comeback and I’ll probably try it for the nostalgia. Hopefully, I’ll be able to explore its entire story this time. I’m publishing the full article here:

- GrandChase is Coming Back on Mobile Soon!

‘GrandChase’ is a popular Action RPG game loved by the millions of users in the Philippines for many years. Since its inception 15 years ago, the game captured 20 Million users around the world and is considered as the PC Online Game that defined the 2000s.

GrandChase-Dimensional Chaser is the Official sequel to the popular online PC game 'GrandChase', a new mobile game that is developed by KOG's GrandChase PC online dev- team members. It was first released in Korea in January of 2018 and immediately became popular after its launch that it ranked 1st place in the Apple App Store and the 2nd place in the Google Play Store.

Mobile GrandChase-Dimensional Chaser, it has all the elements of the original GrandChase loved by millions of players worldwide plus new and exciting features. This includes an exciting combat system wherein players can attack numerous enemies with a simple tap and drag operation, a strategic team combo battle system up to a team of four members, directional skills and various sequence combo control makes this game action packed and intuitive. The background music "Hope" (BGM) and the original characters of GrandChase will makes users nostalgic. In addition, there are new 60 characters, new and enormous storyline for mobile version.

"We are very pleased to announce that the official sequel of GrandChase in Mobile will be released to our dedicated Filipino fans who have nostalgic memories of the original game."

"It is not just about memories, but this is a game filled with new experiences and fun for new players as well. You’ll be able to experience the unique and familiar charm of GrandChase while embarking on new and fresh adventures."

In cooperation with ELITE GAMES (KOG’s Philippines Publishing Partner), KOG will be commencing registration through the official homepage and SNS (Facebook) at the same time when the GrandChase - Dimensional Chaser pre-registration starts with a countdown for its upcoming official release. 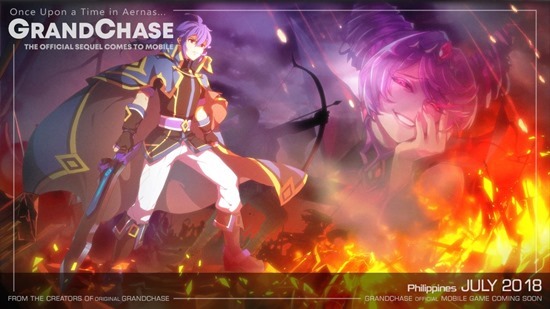 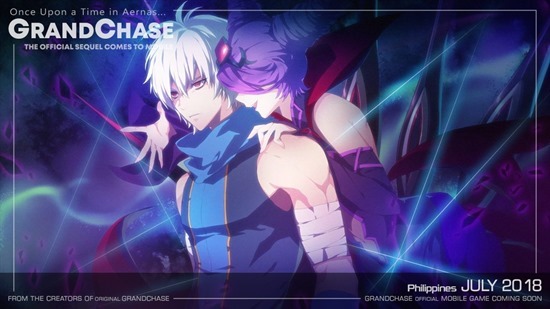 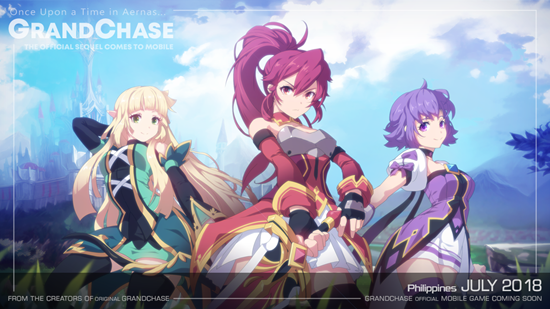 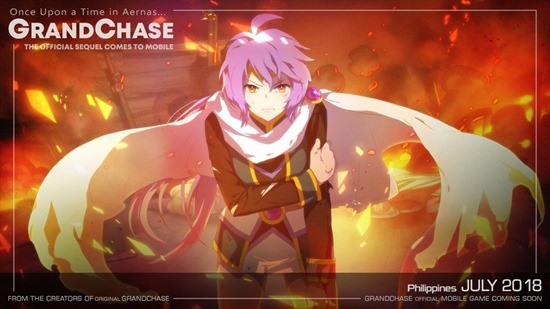 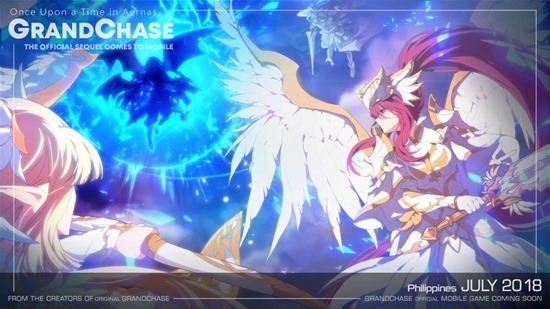 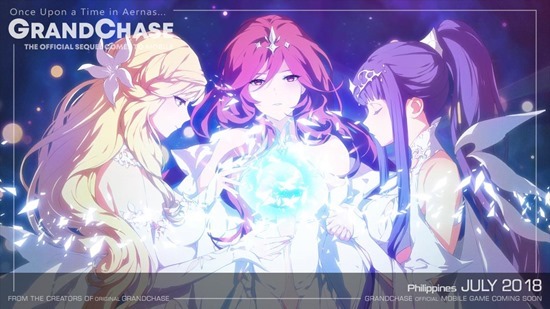 ELITE GAMES is the Local Publishing Partner of KOG for its critically acclaimed Mobile title, “GrandChase - Dimensional Chaser”. Founded in 2016, ELITE GAMES is one of the leading international Game Service and Marketing Providers based in the Philippines with its regional HQ located in the Silicon Valley of Asia, Pangyo, South Korea.

Yesterday, I attended the Philippine launch of Dragon Saga Philippines – an action pack 3D side-scrolling Massively Multiplayer Online Role-Playing Game (MMORPG) – from the same company that developed Ragnarok Online. Gravity Interactive also launches the Philippine Warp Portal website www.warpportalph.com and Dragon Saga Philippines is the 2nd game that is available for download on that website (the first being Ragnarok Journey). 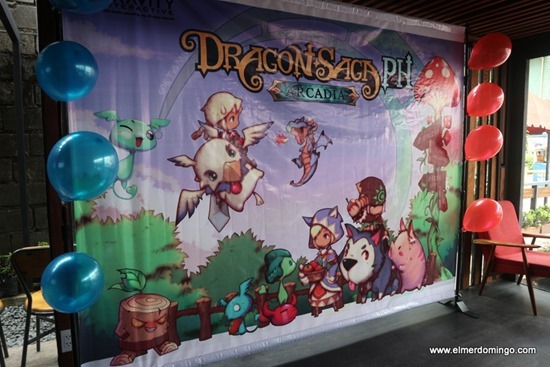 Dragon Saga PH is another PC game that is set to get gamers ready for a new adventure in a realm where dragons roam the heavens and earth. Join the fast growing community of Dragon Saga PH as we explore the depths of Aether – the exiled dragons’ homeland – and save the world from impending war.

Most of the players who tried the game yesterday can say that Dragon Saga PH is very similar to Grand Chase when it comes to graphics – the only difference is that Dragon Saga PH is in 3D. It also has the cutesy “chibi” art style that reminds us of cartoons and anime. It will surely catch the gamers’ attention from all ages.

Dragon Saga PH has all the features of Ragnarok Online – open-world and dungeon run mode scheme (offering various PVP modes like Ranking/Ladder and Guild vs Guild). It will surely keep casual and competitive gamers highly immersed into the game experience. There are 4 base characters – Warrior, Magician, Archer and Thief (for humans). There are 2 additional characters for the Dragonkin class – the Shaman and the Twin Fighter. Dragon Saga PH is completely with other features like Pet System, Marriage/Couple System, Guild and Market.

Here are some of the pictures I took of the event. 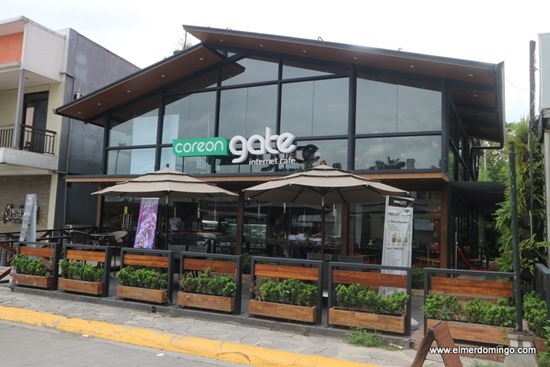 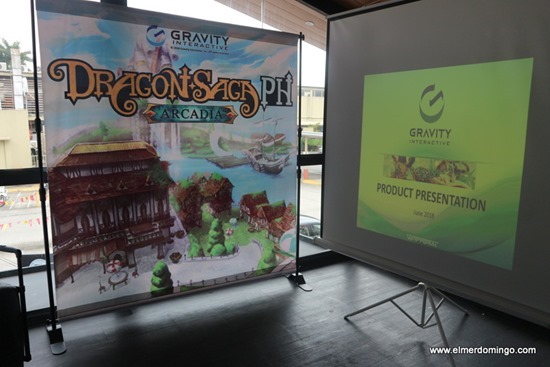 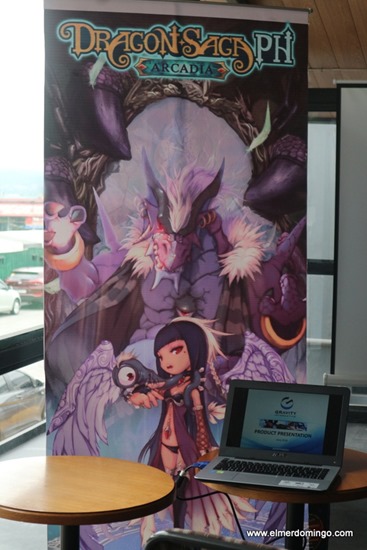 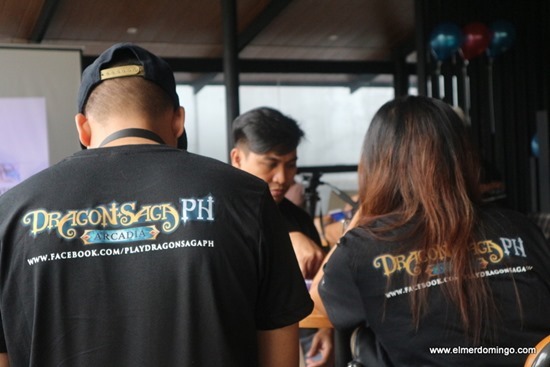 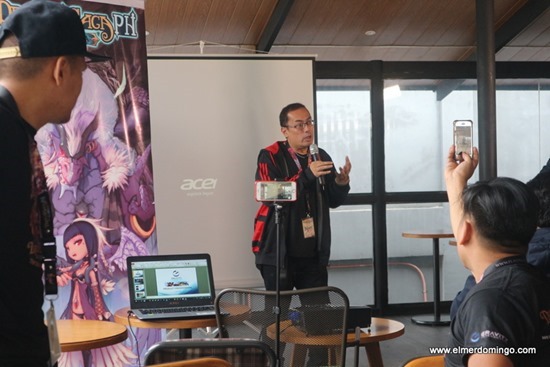 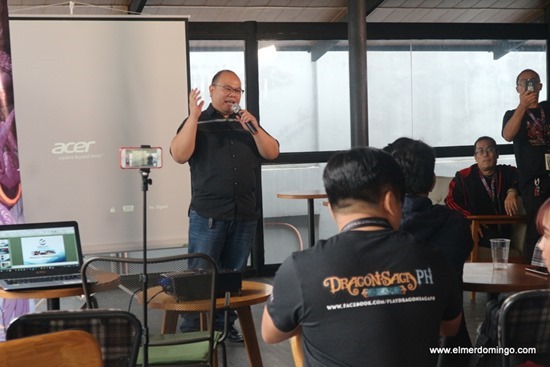 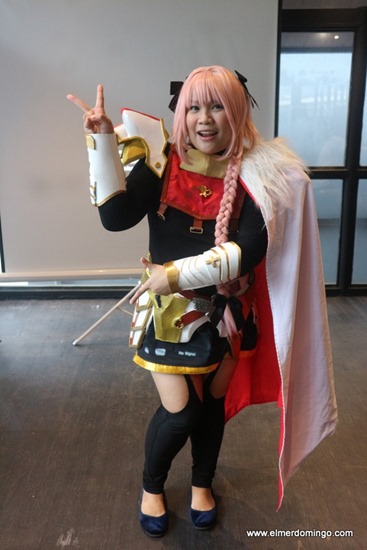 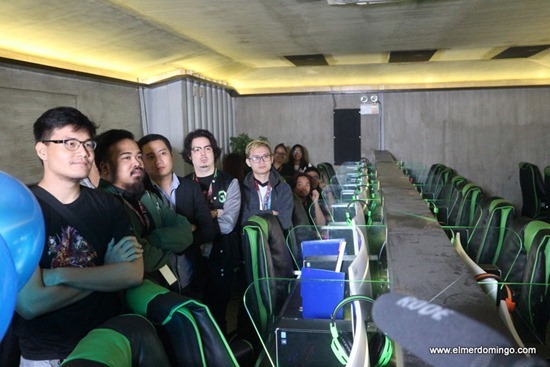 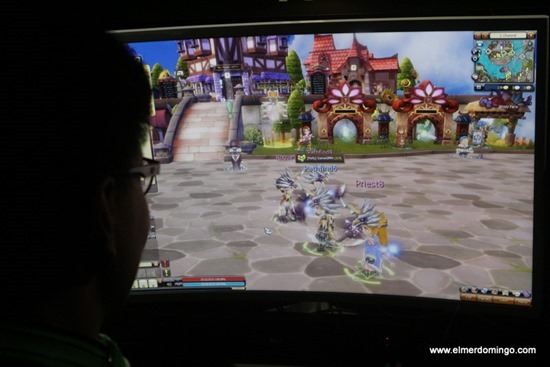 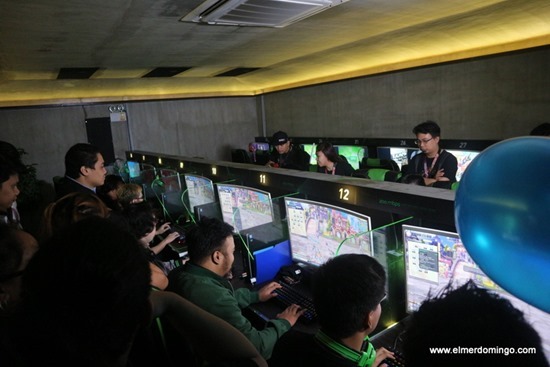 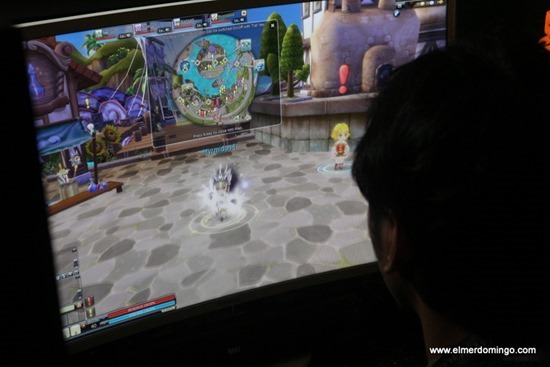 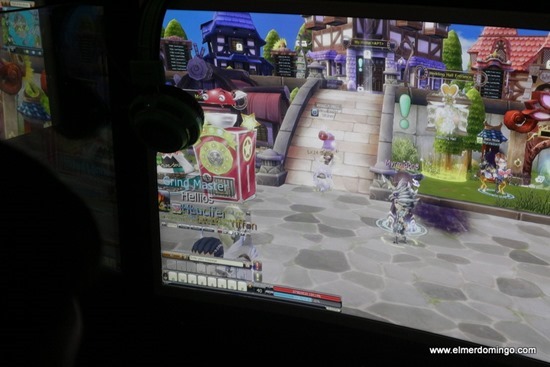 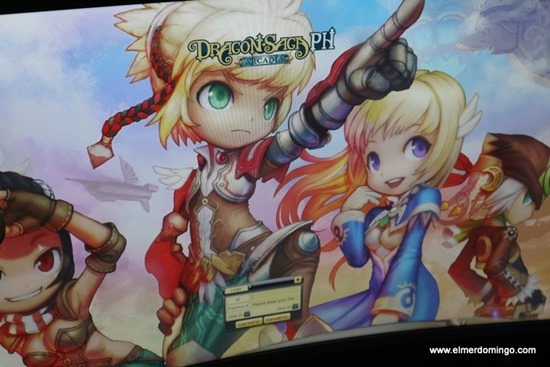 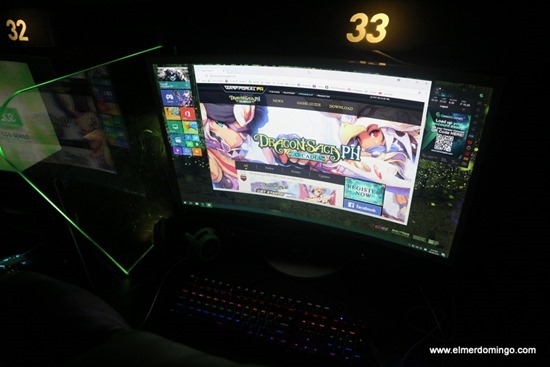 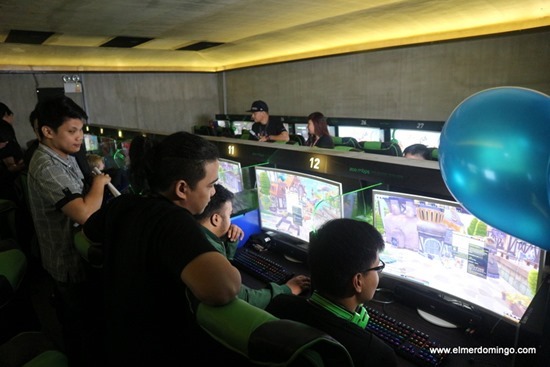 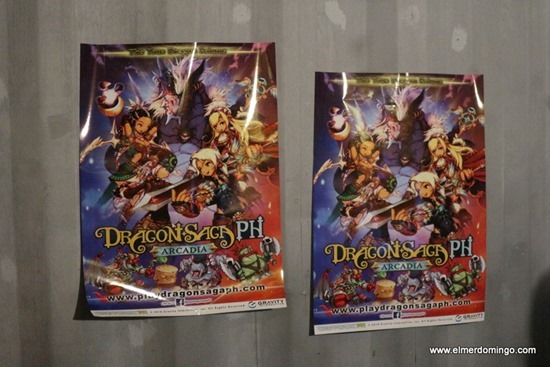 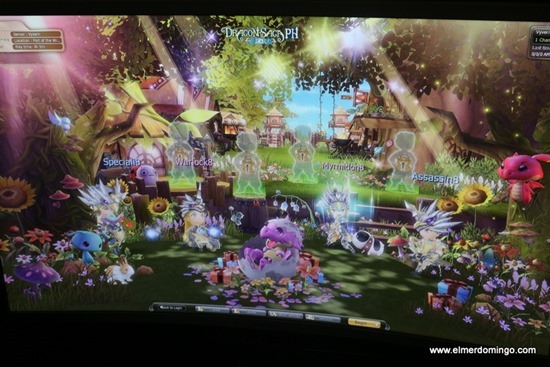 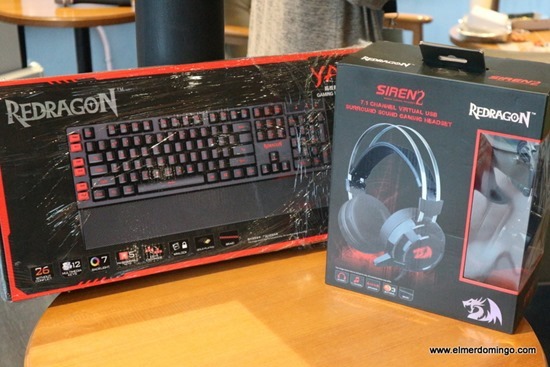 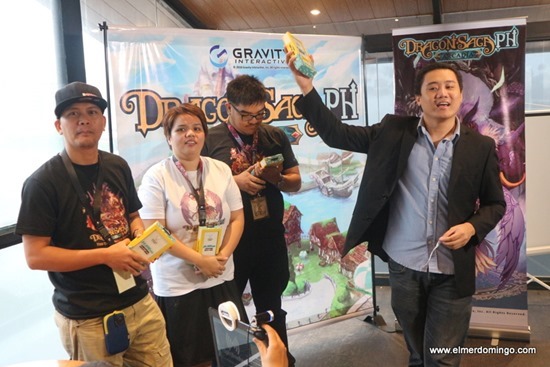